Posted on September 8, 2012 by CageWriter 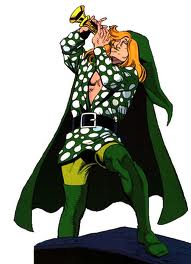 As a small boy I rather carelessly picked up a phobia for mice and rats ‘Murophobia’ and for over forty years I’ve had to live with the consequences. But before I detail the consequences I’ll delve briefly into the causes, of not just Murophobia but many other phobias too.

These things are often inherited from a parent’s behaviour, constant exposure to my mother leaping ten feet in the air every time she saw a mouse in the kitchen didn’t help. It can also be triggered by a trauma, finding the object of your discomfort lurking in a pocket, the corner of a room, somewhere unexpected can spark a lifelong phobia. I do feel sorry for the ‘Ithyphallophobic’ who has an abject terror of the erect penis! Fancy finding one of those in your ‘Sunday go to Church’ trouser pocket or purse? Or the Coulrophobic with his/her dread of clowns; makes you wonder what prompted that particular fear.

I remember one occasion clearly, my brothers and I had to share a bed due to extreme poverty; times were grim back then. Dad worked in a toothpaste factory screwing the lids onto the tubes for a penny a day. Hunger a constant companion made more grotesque by the presence of the world’s greatest chocolate factory situated just around the corner! Oh no, that’s not it, that’s another story for another day.

I remember one occasion clearly, a mouse had been spotted by mother roaming ‘as proud as punch’ about the pantry. In the absence of my Father – a practiced mouse catcher from Hamelin- my older brother stepped into his father’s shoes. Only my brother had a more holistic approach to mouse catching; he would take it alive and train it to juggle.  He would track down this vicious beast alone, we were to stay on the bed and, if he didn’t make it back within the hour, scream blue bloody murder. And so it was that my intrepid brother stepped out into the unknown a boy and came back a man. What stories he told of bravado and daring do, of unpredictable strength and cruelty, of a hollow victory that left one of them with his fingers in a mouse trap,  and the other running away with the Cornish Yarg!

Fast forward 40 years and I’m a grown man, some would say respected, others tolerated by the community, and still I seize up at the sight of a rodent. My blood runs cold and my brain freezes, I panic, I scream like a girl and move instantly to higher ground. I would rather meet a tiger in my kitchen than a mouse. At least with a tiger I’d only be afraid but still able to think rationally*, with a mouse I become a jabbering mass of cells held together by jelly. The consequences of which are; mockery, ridicule and shame; oh the shame!

So to overcome this crippling phobia I decided to deal with it once and for all, I decided to slowly introduce myself to mice-kind over the course of a day. It wasn’t difficult to arrange as I was working on a building site slap bang in the middle of mouse country. In fact the site was becoming overrun with the bloody things, and my fellow builders never ceased to find the humour in my discomfort. But I did it, at first I made myself look at a mouse from a distance; I later named this mouse Braveheart. Then I sat in the same room as Braveheart and eventually I allowed him to run up my trouser leg!  We became friends, putting our differences aside we were inseparable until that is, Spartacus the farmer’s cat ate him!

A phobia is an irrational fear, as a sufferer you know that it’s silly, excessive and unreasonable, but you can’t control the anxiety that rises in your throat each time you’re confronted with the purpose of your distress. There are many, many phobias out there from the sublime Agateophobia – the fear of insanity – which can actually drive you mad -to the ridiculous; Mnemophobia – the fear of memories! What was that fear of mine again? No matter what the phobia is, it is genuine terror to the sufferer.

And I arrive at the point.

Is Homophobia really a phobia or are we dealing with a bunch of ignorant zealous, right wing bible bashers?

These people are not phobic, they’re arseholes. You got to be able to spot the difference and I’m going to help you on that journey now.

To be fair I don’t suppose Homophobes call themselves that, it’s a label that others have slapped on anyone intolerant of Homosexuals. But some of the symptoms are the same, fear, loathing, hatred and bigoted behaviour or opinions.

Intolerance is made all the more acceptable when ordained by the establishment; state or Church. But it’s the Church who really has a bone to pick with the whole Gay thing. ‘It’s not natural’ they cry from their pulpits, ‘it’s a sin’ they shout as they force choir boys to do unmentionable things beneath their cassocks. Answer me this; is it natural to remain chaste for your entire adult life, to suppress the most basic, natural animal instinct? Or by doing so are you cultivating perversion and depravity? By perversion I mean abusing children trusted in your care. By depravity I mean flagellating –oneself- every time your mind turns to taking the Deacon up the vestibule!

The Catholic Church’s arguments are clear on homosexuality, first off it’s only a sin when you act on, or encourage a desire you know to be sinful. So it’s ok to be Gay as long as you keep it to yourself, pretend to be otherwise, and lie to yourself and everyone else. It’s not a sin to be Gay and marry/reproduce with a member of the opposite sex as long as you keep your true feelings and desires suppressed. God is cool with this; apparently.

The whole argument pivots on that famous scene from Genesis in which two angels visit Job in the town of Sodom. These two angels were set upon by an angry mob of arse bandits who demanded that Job hand over his guests so that they could bum him verily. Job, not wanting to upset his guests, offered instead his 12 year old daughter, pleading ‘leave my guests alone, here take my daughter, she gives good head’.

Now the Lord saw red –as he often did –and razed Sodom to the ground. The Church interprets this as a sign from God that homosexuality is wrong; no one ever, ever says that offering your own daughter up for rape is wrong! Or that, just perhaps, this mob were not actually Gay but thugs determined to assert their dominance over new comers, like Alphas in a prison.

Besides if you know your Bible as I do you will know that according to Jewish scripture God did not destroy Sodom because of an outbreak of buggery, he destroyed it because it’s inhabitants had become very immoral in so many ways, bumming was just one of them! In Gods own words ‘now this was the sin of your sister Sodom: She and her daughters were arrogant, overfed and unconcerned; they did not help the poor and needy. They were haughty and did detestable things before me. Therefore I did away with them as you have seen.” (Ezekiel 16:49-50)  No mention of a Gay epidemic, ‘despicable things’ could be the intentional gang rape of two angels, guests in the house of Job.

Now here’s what I find a little tiresome; some people just seem to be obsessed with sodomy, they can’t see past the sex and look at the bigger picture. Surely we should concentrate on the emotional needs of an individual, if two men or two women –of consensual age – feel happier together whether it’s sexual, emotional or both then leave them to it.

Thank your lucky stars that you haven’t had to grow up knowing you are Gay in an intolerant world. I really, really don’t think they are doing it to piss you off, it’s not about you! I know Gay men who have struggled with their sexuality, who have had to ‘come out’ to family and friends and suffer the slings and arrows of their discontent and disapproval. They wouldn’t put themselves through that much Shakespearian turmoil just to wind you up!

Don’t get caught up on the reproduction argument either, the world’s over populated as it is, if anything we could do with more same sex couples! They might feel the need to adopt some of the unwanted children sired by irresponsible men who were told by the Church not to wear a condom. Gay couples are as likely to make good parents just as much as anyone else. It’s more than likely that, in some cases, they do a much better job. And no, just because you have same sex parents it doesn’t mean you will turn out to be Gay; it means you will turn out to be tolerant.

So why are some people so Homophobic? Is it because they have witnessed their parents bang on about how disgusting and evil the whole thing is? Is it because they found a homosexual lurking in their coat pocket as a child? Or maybe they think it’s contagious, that anyone can catch it? Or, and I know this to be true of some, are you too ashamed to admit that you might be Gay yourself?

The debate is not going to be solved here, on these pages, I could waffle on for days but where would it get us? I could bang on and on about the Church, about society, about evolution etc, but here’s the thing; history tells us that hatred and intolerance breeds hatred and intolerance. I don’t need the Church or the government to tell me the difference between right and wrong, it’s not that hard surely?

I overcame my phobia by looking the object of my distress straight in the eye; I suggest you homophobes do the same.

*I have had the misfortune of meeting numerous tigers in my kitchen, so I speak from experience and not wild speculation.

Englishman Living in France with my wife and bilingual son. I'm a struggling writer as in I struggle to write even though I feel it's my calling. I get easily side tracked, this blog being a case in point!
View all posts by CageWriter →
This entry was posted in Uncategorized and tagged Intolerance, Phobic, Tiger. Bookmark the permalink.